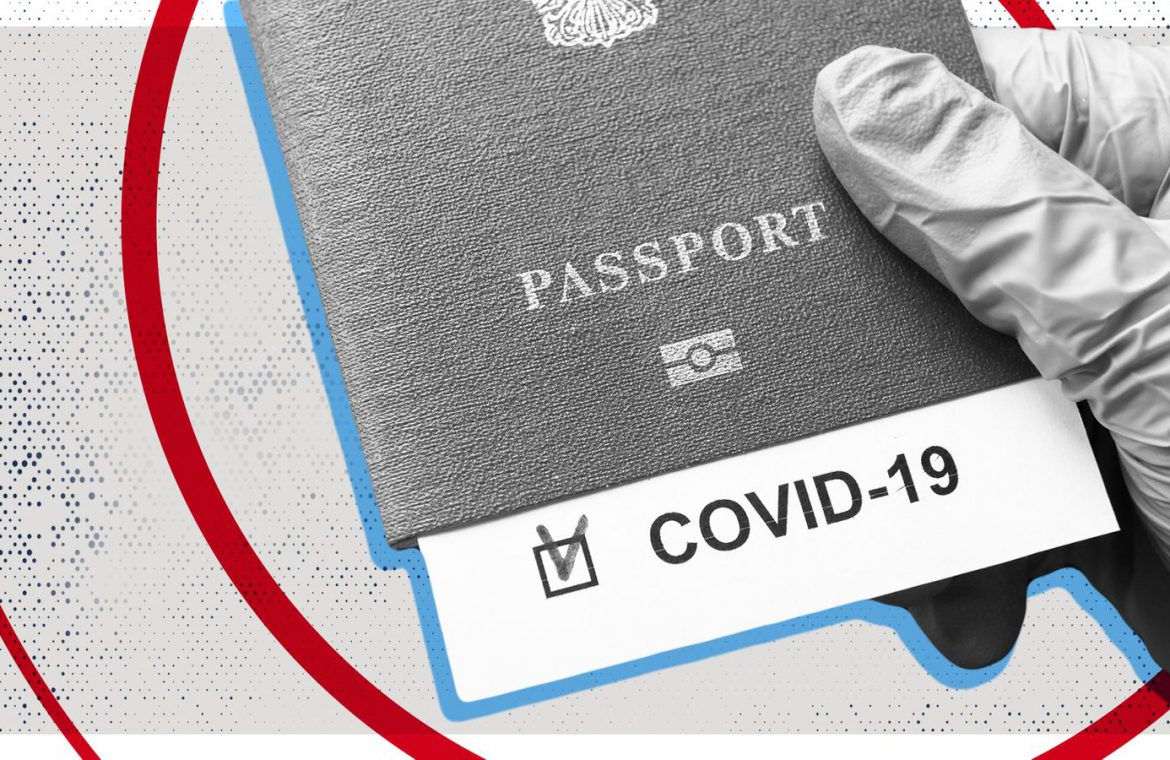 COVID-19 vaccine and testing certificates could be introduced in the UK when people are allowed to travel abroad again.

Ministers are discussing the possibility of an international certificate system, but vaccines minister Nadhim Zahawi has repeatedly said it will not be called a “vaccine passport”.

Some countries are also looking at using vaccine passports domestically for both internal travel and for workers to be able to return to offices.

Sky News looks into what a vaccine certificate would involve and what other countries are doing.

How would a vaccine passport or certificate work?

After people are immunised against coronavirus, they could carry an official card or digital certification, possibly on an app, which states they have had a COVID-19 vaccine.

This would have to be shown at the UK border or airlines could require that it is shown or registered at check-in, or online check-in.

The idea is that without one, a person would not be allowed to travel.

British developers MVine and IProov are working on an immunity and vaccination passport, which is being tested by the NHS.

They say it would enable a person’s test results or vaccination status to be registered and proved without the need for extensive new infrastructure.

No. In fact, the UK requires people applying for a visa from certain countries to have a certificate to prove they have had a recent TB test.

Many countries already require a vaccine certificate for diseases such as yellow fever and polio and will deny entry if a traveller does not have a valid certificate.

Image:
E-vaccination certificates could be used

Usually, travellers do not need a vaccine passport to exit a country, only to enter, so the coronavirus initiatives would be slightly different.

What is the travel industry saying?

Australian airline Qantas has said it eventually will require proof of a coronavirus vaccine to board its flights.

Etihad Airways and Emirates will start using a digital travel pass so passengers can provide them, and border control, with proof they have been vaccinated or tested for COVID-19.

The travel pass is being developed by the International Air Transport Association (IATA).

Over-50s travel company Saga said passengers on its holidays or cruises in 2021 must be fully vaccinated.

COVID-19: Will you get a summer holiday?

What are the issues with a vaccine passport?

Some human right groups and academics have said vaccine passports could discriminate against those who have not yet had a vaccine, cannot have one or do not want one.

At the moment, wealthier countries have bought up many more vaccines than poorer countries, many of whom have not started vaccinating yet.

There is a fear vaccine passports will exclude people in nations who will not get vaccines for months, or even years, from travelling.

Image:
South Africa bought the AstraZeneca vaccine, which was trialled in the country, but its government halted the programme due to the nation’s variant

On the other hand, a team from the Oxford Uehiro Centre for Practical Ethics said it is “unethical” to keep people isolated who have no or little risk of spreading coronavirus as they are vaccinated.

“If we have the technology to decide who is not a risk, we should use it,” they wrote in The Lancet medical journal.

Which other countries are considering vaccine passports?

A Europe-wide vaccination card is being considered, according to a Spanish economic ministry document seen by El Pais.

Brussels has been hesitant so far.

Prime Minister Kyriakos Mitsotakis is one of those pushing the EU to adopt a vaccination passport.

His government signed a deal on 8 February with Israel to mutually recognise vaccination certificates to allow travel between the two countries.

Mr Mitsotakis said he expects it will be a “trial run” for what they can do with other countries.

Image:
Greek PM Kyriakos Mitsotakis has been pushing the EU to use a Europe-wide vaccine passport

The popular British tourist destination has put forward the use of a Europe-wide vaccination card to the European Commission.

The Spanish government is compiling a database of people refusing to have the vaccine, which it will share with the European Union.

Spain’s health minister said this will ensure nobody has accidentally been missed off the vaccine list, but critics say this could also be used to refuse them exit or entry.

The island nation plans to start allowing EU citizens in first, as long as they can prove they have been vaccinated.

A digital vaccine passport is being developed by the government so its citizens can prove they have had the jab.

Is the vaccine rollout having an effect?

Authorities in Portugal have said a vaccination certificate would facilitate the travel between European countries – and could do away with requirements such as COVID tests.

E-vaccination certificates started being granted in January to citizens who received their second jab.

The disputed territory has said it will issue vaccine passports to citizens after they have had two doses.

It is due to receive 100,000 vaccines soon through COVAX – a global initiative to provide nations with access to jabs.

Don't Miss it Can I gather with friends and family after getting the COVID-19 vaccine? Can I travel? Here are what health experts say.
Up Next Ontario reports more than 1,000 new cases of coronavirus but some data is missing from Toronto Public Health