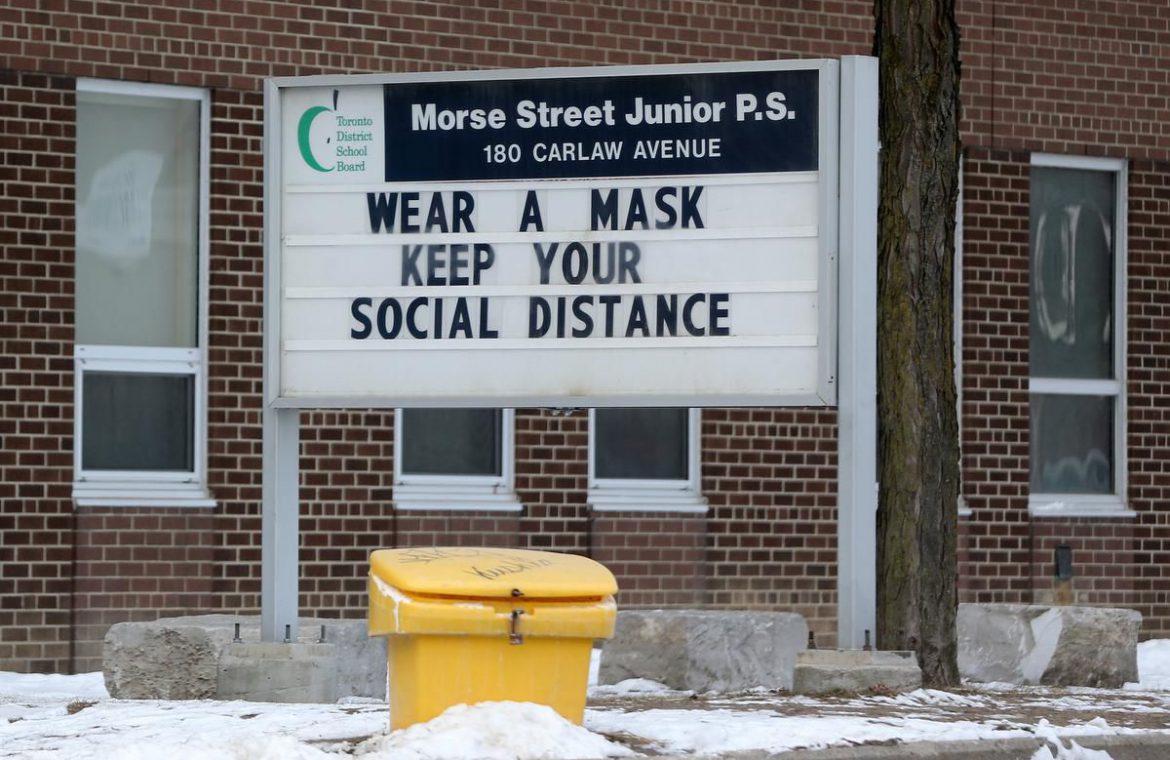 As schools in Peel, Toronto and York reopen Tuesday for the first time since before the Christmas break, Mississauga mom Romana Siddiqui is feeling worried about sending her kids back to class.

With COVID-19 variants circulating in her community, everything has changed.

“I’ve been starting to have doubts,” she said.

All three of her children attended in-person schooling last fall but Siddiqui, a member of the Ontario Parent Action network, is getting “more and more nervous,” especially seeing new provincial modelling late last week that predicted B.1.1.7., the variant first found in the U.K., becoming dominant by mid-March.

“There’s sort of this looming disaster scenario of these variants of concern,” she said.

On Thursday, Dr. Steini Brown, dean of the Dalla Lana School of Public Health at the University of Toronto, presented the modelling. He warned the new, more contagious variants now represent five to 10 per cent of all cases, and B.1.1.7., is “spreading throughout Ontario.”

“We face the very real risk of a third wave, potentially a third lockdown,” Brown told reporters at Queen’s Park, adding that new daily cases tripled in the U.K. in a month.

“There will be little time to react quickly because of how fast the variants spread,” he said.

Brown predicted that new provincial cases, down to under 1,000 on Monday, will start to rise again before the end of the month, leading to a surge in intensive care units in mid-March.

The B.1.1.7. variant has been blamed for an ongoing COVID-19 outbreak in the St. John’s region of Newfoundland and Labrador, a province which had seemed largely spared from the disease so far.

The P.1 variant, which originated in Brazil, has also been confirmed in Toronto.

An outbreak of another variant, called B.1.351 and first discovered in South Africa, was reported over the weekend in a Mississauga condo building, with floor-by-floor testing offered to residents. As of Monday, five people tested positive.

“It’s changing almost day by day,” Siddiqui said of the news around the variants, adding the condo outbreak in her own city is “very alarming.”

“We’re making decisions, but we’re not feeling entirely comfortable with them.”

She’d like to see paid sick leave in place, to help the spread in communities and schools.

“This is a crisis situation. If we’re not mitigating the risks and if we’re not protecting the most vulnerable it puts the whole system in jeopardy, like dominoes,” she said.

Ontario Minister of Education Stephen Lecce announced on Thursday that March break would be delayed until the week of April 12 to help stop the spread of COVID, especially the new variants. Officials have added “additional layers of protection ,with “new safety measures,” he told reporters, including mandatory masks for students in Grades 1-3, better quality masks for students, access to asymptomatic testing and beefed up screening before students can enter the school.

“As students in Toronto, Peel and York return to in-person learning on the advice of Ontario’s Chief Medical Officer of Health, we will continue to strengthen our plan with tougher measures and new investments to keep your child and all staff safe,” the education minister’s spokesperson, Caitlin Clark, said in an email statement.

Staff at the TDSB will have access to free asymptomatic testing, at pharmacies, according to an email sent to staff on Friday.

A recent report from Sick Kids, recommended schools be the “last to close and first to open” given the impacts of closures on children.

Kelly Iggers, an elementary school teacher, parent of a kindergartener and founder of Ontario SAFE (Safety Advocacy for Education) is looking forward to going back and seeing kids and colleagues.

But she doesn’t know how to protect herself in the classroom anymore, given all of the unknowns.

Teachers and parents have been “stumbling along and managing,” so far, she said. The new variants though, Iggers says, are “this completely different beast.”

Iggers is sending her daughter back to school, but “with so many mixed feelings and a lot of concern. It just feels like my own safety and my family’s safety is a lot more out of my control.”

Do you think schools in in Peel, Toronto and York will be able to reopen safely this week?