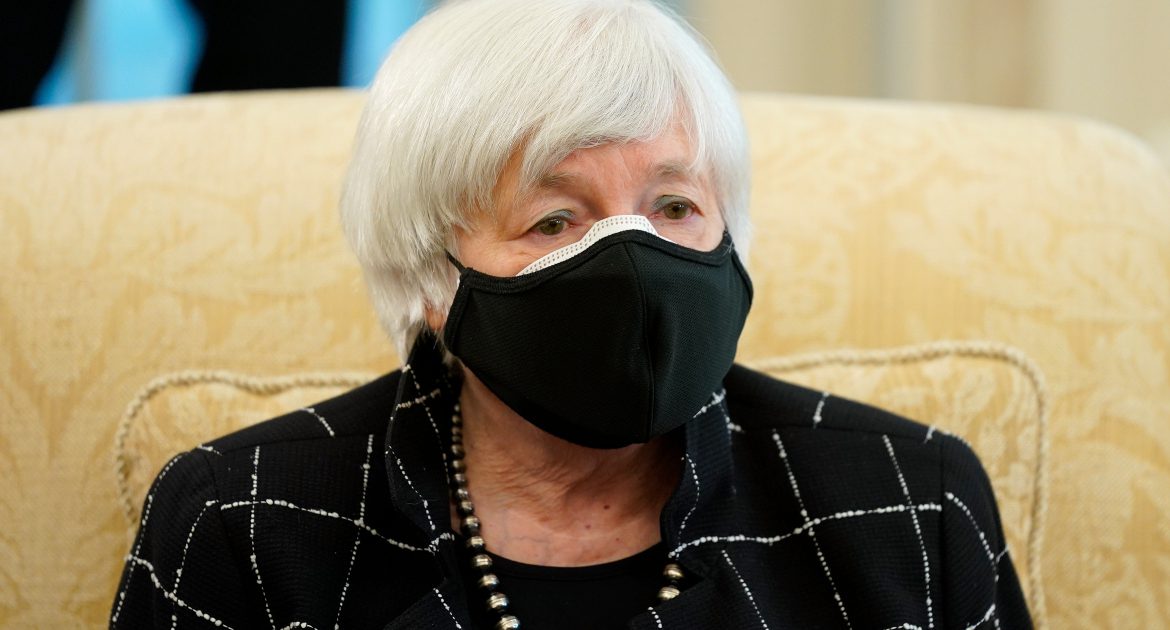 United States Treasury Secretary Janet Yellen says she will judge the success of President Joe Biden’s coronavirus stimulus plan by how quickly it returns the US economy to pre-pandemic levels of unemployment.

Speaking to a New York Times newspaper online event, Yellen also played down the increased debt levels that would be incurred from Biden’s $1.9 trillion American Recovery Plan being debated in Congress. She said that due to low-interest rates, US interest expenses as a share of gross domestic product (GDP) are at 2007 levels.

The current US unemployment rate is 6.3 percent, compared with 3.5 percent before the pandemic – a level widely viewed as effectively full employment. But Yellen said that because four million people have dropped out of the labour force because of child care responsibilities during the COVID-19 pandemic, the effective unemployment rate is close to 10 percent.

“Success to me would be if we could get back to pre-pandemic levels of unemployment and see the re-employment of those who have lost jobs in the service sector, particularly – I would also consider them a measure of success.”

Yellen said that if the federal government fails to spend the money necessary to get the economy quickly back on track, that will take a toll on US fiscal soundness, citing the long, slow recovery from the 2008-2009 financial crisis.

“So by having a stronger economy, the money that’s spent partially pays for itself,” Yellen said.

She said traditional metrics in assessing debt, such as the 100 percent US debt-to-GDP ratio, are less relevant in a very low-interest rate environment.

A “more important metric” was interest payments on federal debt as a share of GDP, which at approximately 2 percent is no higher than in 2007, when interest rates were substantially higher.

The Treasury is seeking to take advantage of those rates by issuing longer-term securities, Yellen said. Asked whether the Treasury would consider a 100-year bond, she said the market for that maturity would likely be “very tiny” with “limited interest.”

The current longest-dated Treasury note is a 30-year security.

While bond yields have climbed lately – in part on expectations of Biden’s $1.9 trillion stimulus proposal passing Congress and stoking economic growth along with faster inflation – they remain historically low. Ten-year Treasury yields hit 1.39 percent on Monday, the highest since last February but still well below the 3.13 percent average over the past 20 years.

“A wealth tax has been discussed but is not something President Biden” favours, Yellen said.

The administration is looking to boost the corporate tax to 28 percent, Yellen said. The Treasury chief said last week that revenue measures would be needed to help pay for Biden’s planned longer-term economic reconstruction programme to help address concerns about debt sustainability.

Former President Donald Trump slashed the corporate tax rate from a maximum of 35 percent to a flat 21 percent in 2017.

Yellen also said that a hike in the capital-gains tax might be something “worth considering.” Asked about a financial-transactions tax, she said, “One would have to examine closely what effect it would have” on investors.

Turning to climate change, which is set to be a new focus for the Treasury, Yellen said the department may be able to help coordinate climate-related stress tests on banks and insurers – through the Federal Reserve or other regulators.

The US central bank already conducts tests to address vulnerability to economic or market downturns and uses the results as a basis for financial institutions’ capital requirements. Any climate-related tests are not expected to have the “same status in terms of limiting payouts and capital” as the regular assessments, Yellen said on Monday.

Yellen separately signalled that the Biden administration supports research into the viability of a digital dollar. “Too many Americans don’t have access to easy payments systems and banking accounts and I think this is something that a digital dollar, a central bank digital currency, could help with,” she said.

Yellen also said that she had not anticipated an offer by Biden to become Treasury secretary, at a time when she was focusing on research while working at the Brookings Institution.

Noting the round-the-clock stress of a job like helming the Treasury, the former Federal Reserve chair said: “I was initially hesitant to get back into that.” Biden then made the case on how she could be helpful, Yellen said.

Don't Miss it Ontario’s 34 public health units must design, carry out their own COVID-19 vaccination plan, Ford says
Up Next Six Nations: France v Scotland in doubt because of positive coronavirus tests