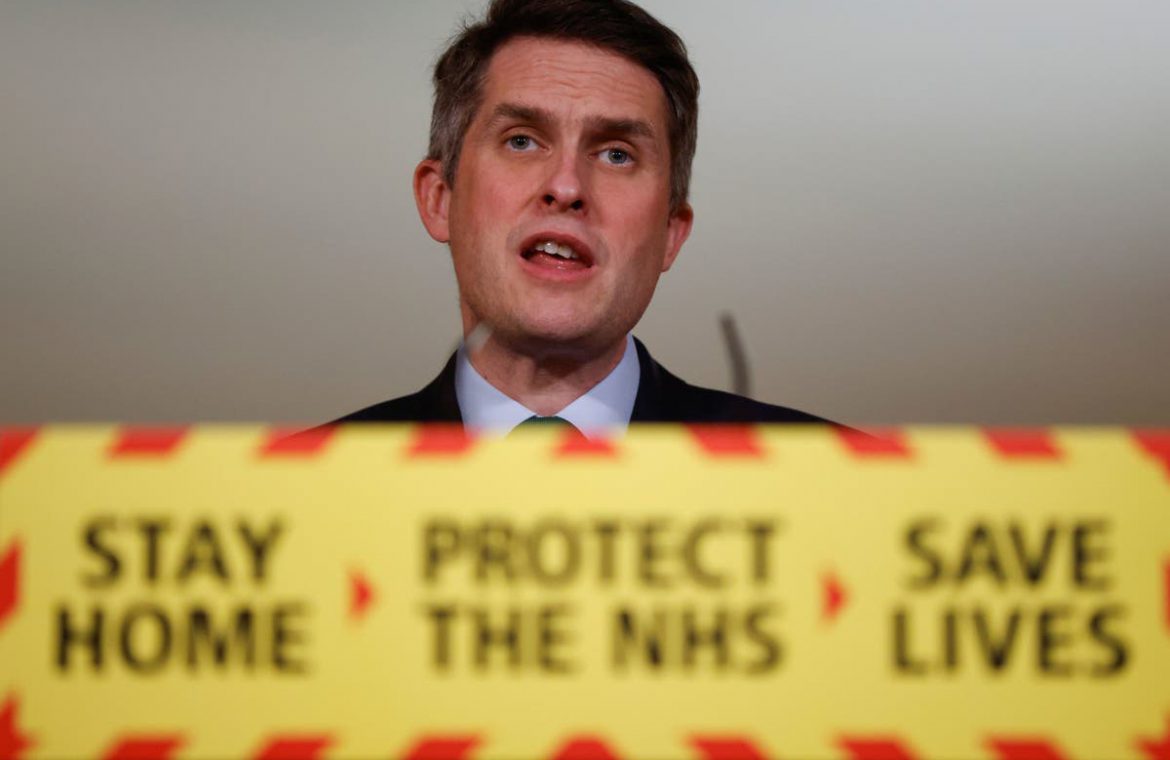 People may not need to wear face masks during the summer months, though they may be needed again in the autumn and winter, the deputy chief medical officer, Jenny Harries, has said.

Ms Harries made the remarks at a Downing Street press conference, where the education secretary, Gavin Williamson, said longer school days were not part of the plan to help pupils catch up on lost learning after the pandemic.

Mr Williamson said, however, that he hoped extra funding announced today would allow schools to put on classes and wellbeing sessions during the summer holidays.

It comes as team behind the Oxford/AstraZeneca coronavirus vaccine is reportedly assessing the possibility of creating tablets or nasal sprays to replace jabs in the future.

Lead researcher Professor Sarah Gilbert told MPs her team was “thinking about second generation formulations of vaccines” which could replace injections, but warned they would “take time to develop”.

She said nasal sprays, which are already used for flu vaccines, and oral vaccinations “would have a lot of benefits for vaccine rollout”.

Jo Whiley has said she is “delighted” that adults with learning disabilities will be prioritised in the coronavirus vaccine rollout.

The government has announced that people on the learning disability register will get priority access following calls from the broadcaster, whose sister Frances was recently in hospital with Covid-19.

Whiley wrote on Instagram: “It’s been a GREAT day. I’m so delighted that the government listened to the conversations that have been struck up over the past few weeks about the necessity to vaccinate the vulnerable LD community against COVID.

“Our own experience with Frances showed how hard it is to protect a bunch of LD folk living together and how challenging it is treating a person with complex needs who has the virus.

“We’ve been lucky and my heart breaks for those who’ve lost their precious sons, daughters, siblings and friends but I hope from this day forward there will be many more saved due to this new ruling.”

The education secretary said longer school days were not part of the plan to help pupils catch up on lost learning after the pandemic.

Gavin Williamson said, however, that he hoped extra funding announced on Wednesday would allow schools to put on classes and wellbeing sessions during the summer holidays.

Asked whether summer holidays could be cut short, Mr Williamson said: “On the summer holidays, what we have done in terms of a £200m programme is we want schools to be putting on great activities, whether it is education-led or even wellbeing-led, so we’d be hoping that schools can be offering that, draw down that funding in order to be offering that to children.

“Yes, we’d hope that schools are offering time in schools for children and that’s why we’ve put the funding there.

“You ask about lengthening the school day – it is not part of the plan.”

Gavin Williamson acknowledged that many children will need more support due to “learning gaps”.

“Despite everyone’s best efforts, many children are going to need longer term support if they’re to make the educational progress that they need,” the education secretary said.

“This is why the prime minister and myself appointed our education recovery commissioner, Sir Kevan Collins, to advise on how our early settings, as well as our schools and colleges, can address these learning gaps as quickly and as comprehensively as possible.

“But because young people just cannot afford to wait, we’re putting in place a range of immediate measures for schools to start now to recover lost learning.”

1614188160Face masks may not be necessary in summer, says deputy chief medical officer

The deputy chief medical officer has said that people may not have to wear face masks during the summer months, but they may be needed again in the autumn and winter.

Mr Williamson said “everything is strongly in favour” of children returning to classrooms on 8 March.

“The scientific advice does support a full return for schools on 8 March,” the education secretary said.

“As Professor Chris Whitty said on Monday, the risk to children is incredibly low from going to school and from catching Covid.

“So everything is strongly in favour of children going to school.”

1614187418No plans to accelerate road map out of lockdown, Williamson says

Asked about the possibility of the road map out of lockdown being accelerated if the data is better than expected, Mr Williamson said: “As the prime minister said, there are no plans whatsoever to be moving ahead of the dates that have already been given.

“We want to give the public as well as business the confidence and the assurance as to when these next steps are going to be happening.

“But there is certainly no plans to be moving ahead of that.”

1614187115Education secretary thanks teachers, parents and children for lockdown efforts

Gavin Williamson gave a “massive thank you” to teachers, parents and children for their efforts while schools have been shut.

“We can now plan for the return of all pupils to schools and colleges, as part of a road map for leaving lockdown,” the education secretary said at the Downing Street briefing.

“I want to say once again a massive thank you to our incredible teachers, leaders, support staff and childcare workers.

“You have been going above and beyond to keep schools and colleges open for vulnerable children and children of critical workers, and to keep the remainder of young people learning when they’re at home.

“I also want to thank parents, who have been supporting their children while they learn at home.

“And I want to thank children and young people themselves, for their patience and resilience.

“I know it hasn’t been easy. But you have adapted and done so much to make sure that you’ve been able to continue to learn.”

You can watch it live here:

You can watch it live here: