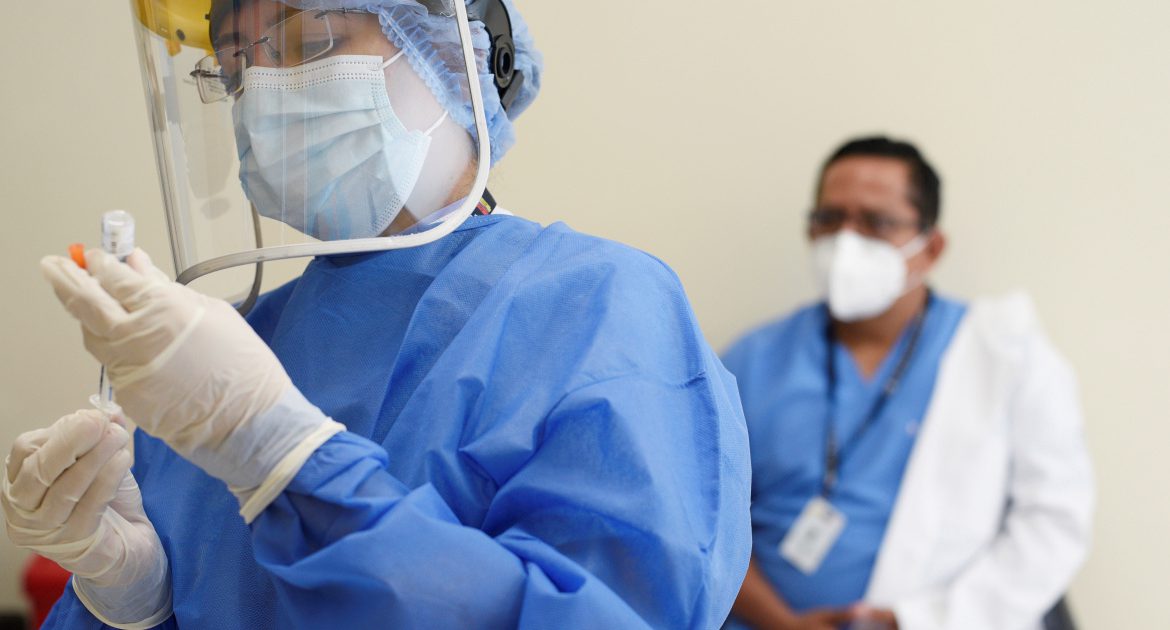 Ecuador’s health minister has stepped down after criticism over the distribution plan of COVID-19 vaccines, the latest vaccination-related scandal to roil governments in South America.

Juan Carlos Zevallos tendered his resignation on Friday after claims of irregularities in a pilot programme for vaccinations that the government has been carrying out since January.

Zevallos is under investigation by state prosecutors for mishandling the roll-out after he participated in an inoculation effort at a nursing home where his mother lives.

“Given the current political situation, and in order to allow the continuity of the National Vaccination Plan, I present to you, Mr. President, the irrevocable resignation of [my] functions of Minister of Health,” Zevallos said in a letter that President Lenin Moreno shared on Twitter.

“There are those who only see mistakes. I respect that opinion. I prefer to remember the minister who accepted the difficult task of leading the country’s response to the worst health crisis that Ecuador and the world has experienced, [the minister] who helped save hundreds of thousands of lives with work and sacrifice,” Moreno tweeted.

The National Assembly had discussed impeaching Zevallos for “poor handling of the pandemic and a poor vaccination process”.

Ecuador has reported nearly 252,000 COVID-19 cases and more than 15,700 coronavirus-related deaths, according to Johns Hopkins University data – and the pandemic has worsened an already dire economic crisis in the country, spurring public anger.

Government officials in Argentina and Peru have also stepped down in recent weeks after reports surfaced about COVID-19 vaccine queue-jumping in both countries.

Argentina’s Health Minister Gines Gonzalez Garcia resigned last week after he was accused of allowing people to sidestep the proper procedure to get jabs.

“Gines was a great minister, and on top of that, I like him. But what he did was unforgivable,” President Alberto Fernandez said in an interview with the Pagina 12 daily after the minister handed in his resignation.

In Peru, the country’s health and foreign ministers resigned, among others, after it was revealed almost 500 government officials secretly received COVID-19 jabs before the vaccines were available to the public.

Interim President Francisco Sagasti said this month that 487 officials, including the former ministers who stepped down, took advantage of their posts to receive early inoculations.

Meanwhile, Peru, which has reported about 1.3 million COVID-19 infections and more than 46,000 coronavirus-related deaths, according to Johns Hopkins University, on Friday received the first shipment of medical oxygen from Chile to help relieve a shortage.

The shortage has hampered treatment for thousands of COVID-19 patients in the country, where nearly 200 people died per day in February – four times more than in December.

“The first 40 tonnes of oxygen imported from Chile are already in our territory,” Sagasti tweeted.

“We appreciate the willingness of our sister country to the south to support us,” he said.

Don't Miss it Nova Scotia reports 4 new cases of COVID-19 Saturday
Up Next COVID-19: What it’s like living in a village with 142% rise in coronavirus cases | UK News