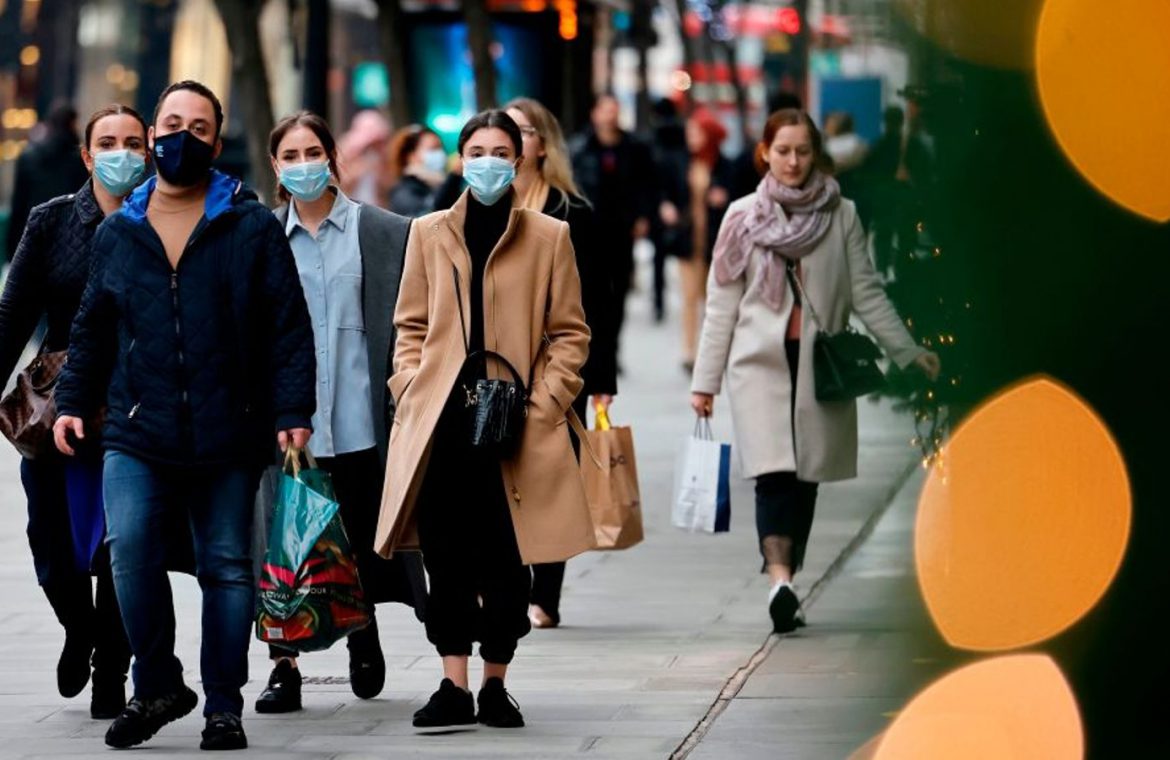 The first assessment of the Brazilian variant of COVID-19, newly identified in the UK, shows it may spread more easily – and evade the immune system.

Scientists from Brazil and the UK estimate the variant, known as P1, is 1.4 to 2.2 times more transmissible than previous versions of coronavirus circulating in Manaus, the Amazon city where it originated.

It is also able to evade between 25% and 61% of protective immunity from previous infection, according researchers at Imperial College London and the University of Sao Paulo.

The study has not been peer reviewed.

Almost 70% of the Manaus population had immunity from the first wave of COVID infections last spring, yet a surge of re-infections at the start of this year led to hospitals in the city being overwhelmed.

Six UK cases of the P1 variant have been identified in people who recently returned from Brazil.

Three cases were identified in Scotland, with another two in South Gloucestershire in England.

And one case has yet to be traced.

The researchers are cautious about predicting what could happen to the new variant in the UK.

Professor Sharon Peacock, who heads the COG-UK, which analyses the genetic make-up of variants, warned that the findings should not be generalised to other cities.

She said the study was “excellent evidence of the biological properties”, but added it was not clear “how it will pan out” in the UK.

The P1 variant shares the same N501Y mutation as the Kent version of the virus, which is now dominant in the UK.

But for the P1 variant to overtake the UK’s resident strain it would need some competitive advantage.

The study suggests that infections were between 10% and 80% more likely to result in mortality after the P1 variant started spreading in Manaus.

But they can’t be sure whether this was because the virus was more lethal or because people struggled to get medical care.

Dr Thomas Mellan, from the MRC Centre for Global Infectious Disease Analysis at Imperial College, said: “There was a lack of oxygen and there was a mortality with that. We can’t disentangle that from the effects of the disease.”

The P1 variant has taken a while to spread outside Manaus, despite flights continuing to operate from the city.

Professor Ester Sabino, an infectious disease specialist at the University of Sao Paulo, said that bodes well for the UK’s chances for containing the infection.

She said: “You need many introductions of the virus to start an epidemic. Six is too few.

“There were flights from Manaus to Sao Paulo in December but no cases. It is not easy to seed.

“With contact tracing the risk [in the UK] will decrease.”

Separate to the study, Professor Christophe Fraser, an epidemiologist from the University of Oxford, said the P1 variant “can reinfect people who have been infected naturally”.

“In Manaus… that population had had an incredibly high infection rate in the first wave, and yet was re-infected,” he told Sky News on Tuesday.

“What we don’t know is the degree of protection the vaccines provide against this strain.

“We have quite a lot of data that suggests we should be a little bit concerned on the possibility that it could spread.

“We think, probably, that it [the vaccine] would probably reduce the rate of hospitalisation or death, but there’s enough to be concerned.

“In the long-term, it may be we have to update the vaccines, but we really don’t want to be updating the vaccines before the summer.

“We need the infection rates to stay low over the summer, so we really need to intensely contain the emergence of these new variants.”

Increased testing – including asymptomatic testing – and enhanced contact-tracing have been introduced in South Gloucestershire following the discovery of the two cases of the P1 variant.

But local public health officials have said the risk to the local community was judged to be “very low” and the measures were “precautionary”.

As part of the hunt for the unidentified third case of the P1 variant in England, anyone who took a test on 12 and 13 February and has not received a result, or has an uncompleted test registration card, is being asked to come forward immediately.

And moves are under way to contact passengers on Swiss Air flight LX318 from Sao Paulo through Zurich to London Heathrow on 10 February.

Prime Minister Boris Johnson defended the government’s action to prevent the import of new COVID variants from abroad, after Labour accused the government of being too slow to introduce tougher border measures.

The three Scottish cases were found in asymptomatic passengers who flew into Aberdeen on the BA1312 flight from London Heathrow on Friday.

They tested positive while self-isolating and contact-tracing of other passengers on the flight is currently ongoing.

The Scottish government said there was “no reason to believe” the P1 variant is in circulation in Scotland.

Don't Miss it Additional COVID-19 cases confirmed in Alaska Capitol, but legislative leaders say work will go on
Up Next Premier Mark McGowan’s backflip on G2G being used to track WA arrivals after COVID-19 pandemic