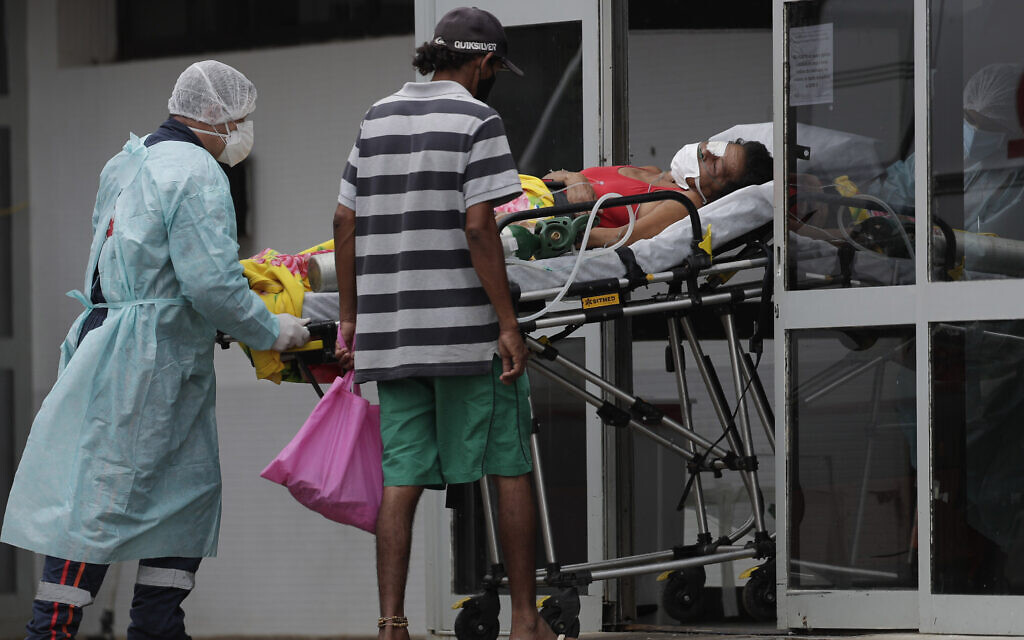 The Pfizer-BioNTech vaccine is able to defeat a new strain of the coronavirus that is rapidly spreading across Brazil, according to a study published in New England Journal of Medicine on Monday.

As countries around the world rush to vaccinate people, concerns have risen that more transmissible variants may have greater resistance to existing vaccines.

Researchers found that blood taken from people who were fully vaccinated was able to neutralize an engineered version of the virus strain first identified in Brazil. The blood samples countered the spike protein that the virus uses to attach to and infect cells, which the current vaccines and antibody drugs target.

The study was carried out by Pfizer-BioNTech and researchers from the University of Texas Medical Branch.

They wrote that the vaccine was roughly as effective against the Brazilian strain as it is against another mutation that originated in Britain and is now the most prevalent strain in Israel, and “robust but lower” in dealing with a South African variant.

Healthcare workers receive a patient suspected of having COVID-19 at the public HRAN Hospital in Brasilia, Brazil, March 8, 2021. (Eraldo Peres/AP)

Pfizer said in February it would test a new version of its vaccine aimed at countering the South African variant, as well as the effectiveness of a third dose against other mutations.

Last week a senior delegation of Brazilian government officials arrived in Israel for a series of meetings with Israeli counterparts about efforts to tackle the coronavirus pandemic, including an Israeli-developed nasal spray for patients that Prime Minister Benjamin Netanyahu has described as a “miracle” treatment.

Brazilian President Jair Bolsonaro said last month that his government would seek emergency use authorization for the Israeli-developed nasal spray.

On Monday Israel administered its five millionth Pfizer-BioNTech vaccine as part of a national immunization drive aiming to inoculate the entire over 16 population by the end of April.


I’m proud to work at The Times of Israel

I’ll tell you the truth: Life here in Israel isn’t always easy. But it’s full of beauty and meaning.

I’m proud to work at The Times of Israel alongside colleagues who pour their hearts into their work day in, day out, to capture the complexity of this extraordinary place.

I believe our reporting sets an important tone of honesty and decency that’s essential to understand what’s really happening in Israel. It takes a lot of time, commitment and hard work from our team to get this right.

Your support, through membership in The Times of Israel Community, enables us to continue our work. Would you join our Community today?


Join the Times of Israel Community