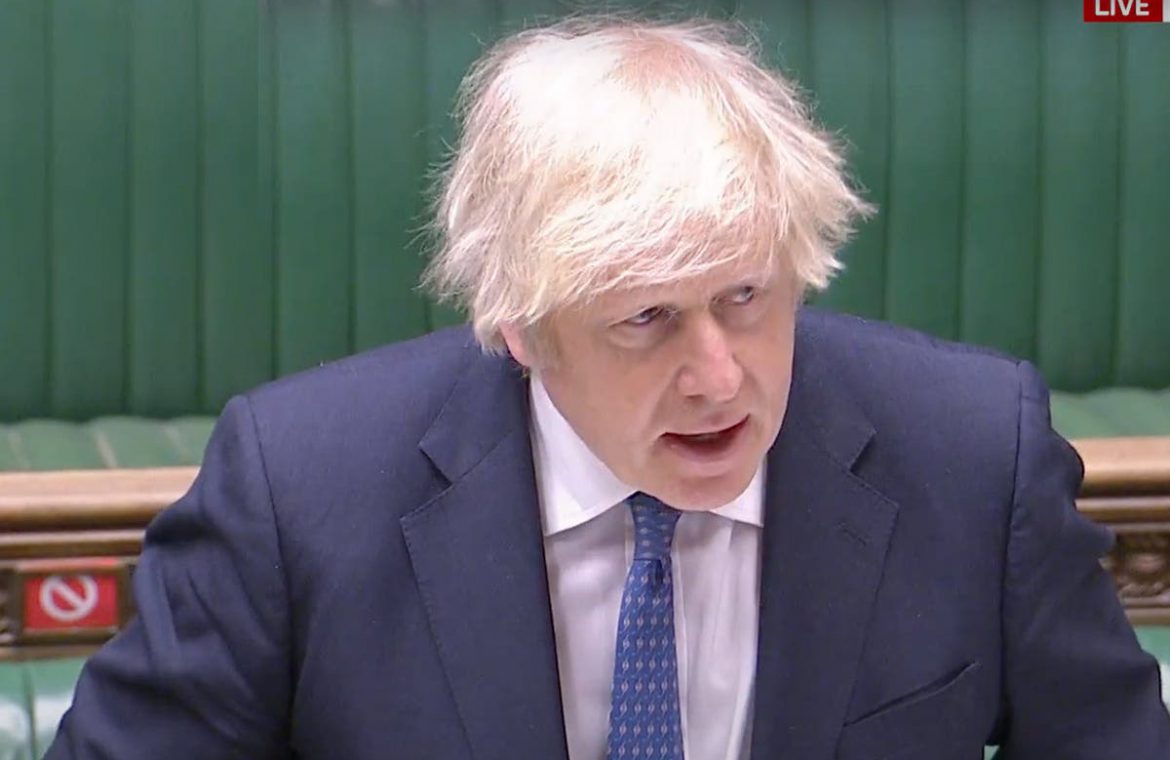 During Prime Minister’s Questions, Boris Johnson backed the programme, telling MPs: “It’s thanks to NHS Test and Trace that we’re able to send kids back to school and begin cautiously and irreversibly to reopen our economy and restart our lives.”

It comes as Greek tourism minister Haris Theoharis said Greece hopes to welcome foreign tourists from May 14, depending on the status of the Covid pandemic. Visitors will be required to have been vaccinated, had a recent negative Covid test or have coronavirus antibodies.

All people experiencing homelessness in Wales will be included in priority group six for vaccination, Health Minister Vaughan Gething has said.

Mr Gething told a press conference in Cardiff: “This includes people who are sleeping rough, people in emergency accommodation and people who were recently homeless but are now in supported accommodation.

“Many people in this group will be living with underlying health conditions which put them at risk of coronavirus harm. It’s important that they are offered vaccination to protect them and the wider community.

“We’ll be working closely with local authorities, the third sector and housing organisations to make sure we reach all of those who are eligible and we’ll be taking the vaccine to people rather than expecting them to visit clinics for vaccination.”

Ursula von der Leyen, the president of the EU Commission said: “To tackle aggressive variants of the virus and to improve the situation in hotspots, quick and decisive action is necessary, I’m happy to announce today an agreement with BioNTech-Pfizer, who will offer to member states to make available a total of four million doses of vaccines before the end of March which will be supplied in addition to the planned dose deliveries.

“This will help member states in their efforts to keep the spread of new variants under control. Through their targeted use where they are most needed, in particular in border regions, these doses will also help ensure or restore free movement of goods and people.

“These are key for the functioning of health systems and the Single Market.”

Raising a point of order straight after PMQs and as the Prime Minister departed the Commons, Mr Ashworth said: “The Prime Minister twice from that despatch box said that the Labour opposition voted against the NHS Funding Bill and the 2.1% increase for NHS staff – this is not the case.

“Indeed, in the debate, as Hansard will show, I was explicit that we would not be dividing the House.

“So can you, Mr Speaker, use your good office to get the Prime Minister to return to the House and correct the record.

“And do you agree Mr Speaker that if the Prime Minister wants to cut nurses’ pay he should have the courage of his convictions to bring a vote back to the House?”

She said on Twitter: “If the Prime Minister wants to cut pay for NHS staff then stop being such a coward about it @BorisJohnson.

“Put it to a vote in Parliament and we’ll see how that goes. I can’t wait to vote for pay rises for our nurses.”

Mr Johnson told the Commons that the Government had secured “record increases in living wage” for care workers and referred to the speed of the vaccination programme in vaccinating care workers.

Mr Johnson said in response he thinks “job fairs are an important thing” and that Government has been “getting record numbers of young people into empoyment” despite the difficulties of the pandemic.

Mr Thomas-Symonds tweeted: “No answer from the Prime Minister to [Keir Starmer] as to whether our wonderful, hardworking nurses are more deserving of a pay rise than Dominic Cummings whose salary he raised. The Prime Minister’s priorities are all wrong.”

Mr Johnson said in response: “I think she’s making an important point about tax discrepancy… that’s an issue the Chancellor is trying to address working with colleagues in the G7 and around the world”.

Mr Johnson said: “I’m very proud of what Universal Credit has been able to achieve, I think he should perhaps take it up with his friends in the Labour party who want to abolish Universal Credit.”